First of all I am happy to report I saw the new Pirates of the Caribbean movie and every damn moment was amazing! Whoever says anything different . . . BOY BYE! 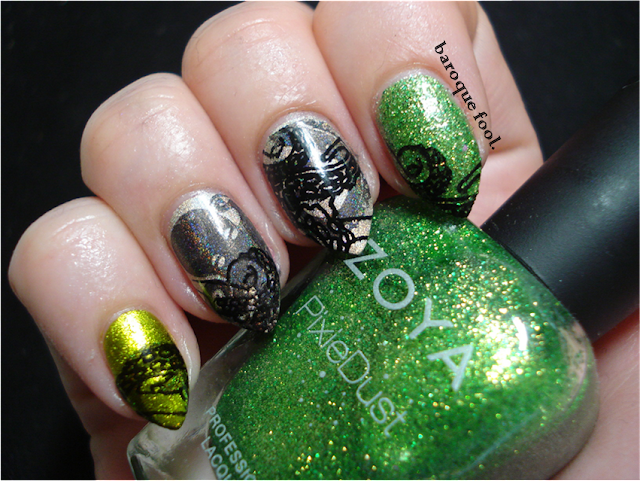 I know the Wolfman nails didn't seem very magical but you have to admit werewolf's and giant tentacles from the deep are pure witchcraft. So get ready if there will be magical creatures in this series. All in all I love how this turned out! Glitter and holo mixed into a tentacle covered manicure with nude and green shades that usually don't appear in nautical nails. At the same time it kind off reminds me of a H.P. Lovecraft look - now I am confused what actually inspired me ;) 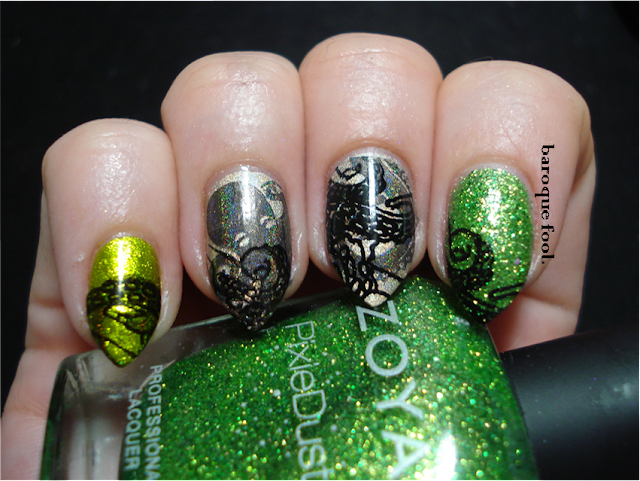 Here I used Zoya Cece, Kleancolor Metallic green and Kiko 399 as base nail polishes. The stamps are made with Color club Beyond and BPS Black. The stamping plates I used are BM-401 and Cici & Sisi Ocean 1. 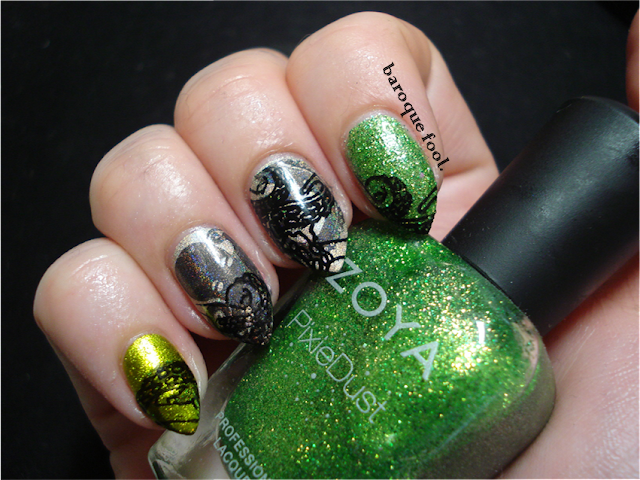 Lets not all forget the biggest octopus icon #queen

This wasn't planned but somehow I managed to make a vaguely similar look and matching color scheme as the bottle of original Kraken rum :) 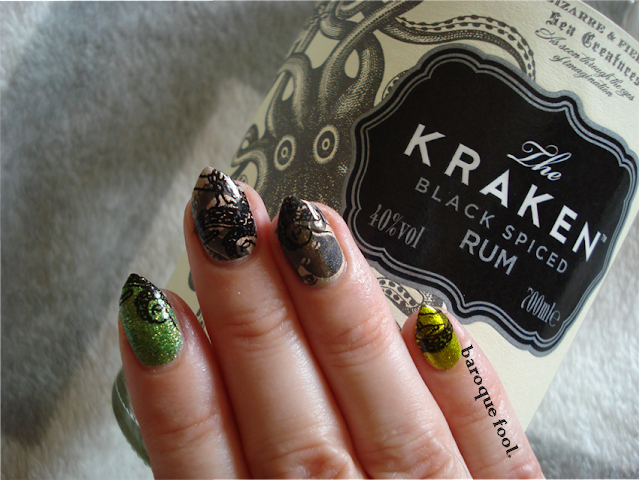