Well this didn't turned out as I wanted it - but I am still in love with the nails so much I decided to share it with you all anyways! I was going for a geeky clocks - cogs - time - gradient look but it turned into a bit of a mess. Though I feel like that the patterns that are repetitive are still clear. Since I still love Zilean the guy who inspired this look, I still low key like the manicure :) 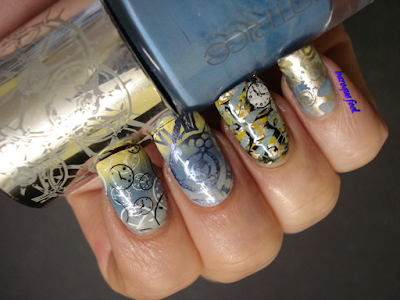 Here you can see him! He is one of the most amazing ' time control ' based champions I have ever seen in a game. He went under a bit of a rework recently which made him only more fun to play. He can reverse or speed up time while throwing big chunks of the huge clock he is wearing on his back. He is what I image from now on when someone says 'Father time'. 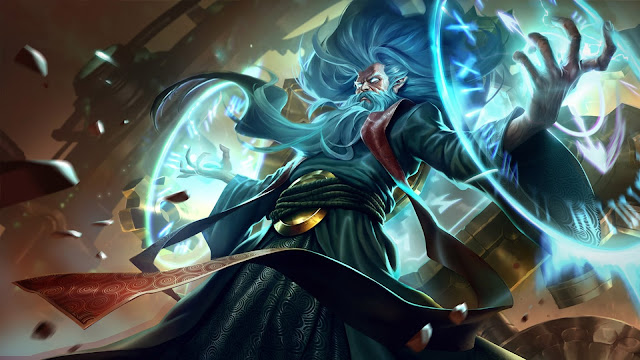 I wanted to use the same color scheme as you see in game. Everything is blue, grey and gold. I also added a bunch of cog and clock stamps. Now that I am looking at it, I can't figure out what gives me the weird vibe on this mani. 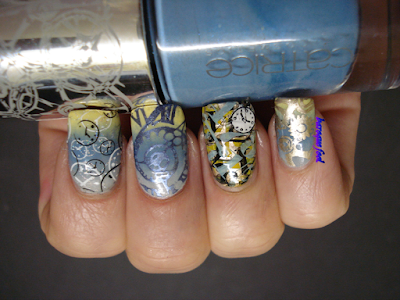 Just look how full of swag he is - way too much swag for an old dude :) 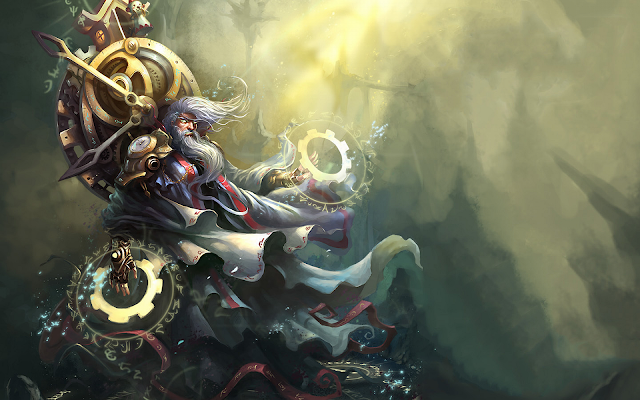 For the manicure I used MoYou London Gothic 7 and BM-609 plates. The stamping polishes are Models own Chrome gold and Chrome Indigo, also BPS White & black. The base polishes are Catrice Geometric greys, Feel the yacht beat, Essence Love is in the air and Golden rose 101. 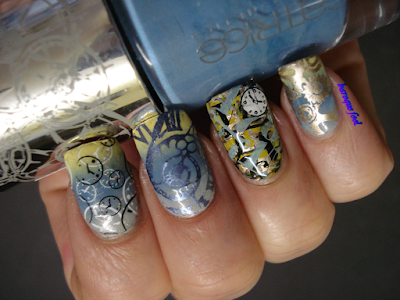 My favorite Zilean in game quote:
'' I feel like I have done this before.''