*While looking up this post don't forget to play the YouTube clip below, the visuals are stunning and the background music is a perfect match for this manicure*

Games inspire me the most when it comes to nail art - and Jhin is an artist that is driven by a twisted inspiration so this manicure fits the bill.

Jhin is another champion that just recently joined the League of Legends family. I must admit the teasers of him perplexed me for quite some time and I just couldn't figure out what he will be all about. But when he was finally released I was instantly in love.

Here are my nails that try to capture his artistic essence, thou considering he is a twisted art director he would deem them unworthy of him ;) 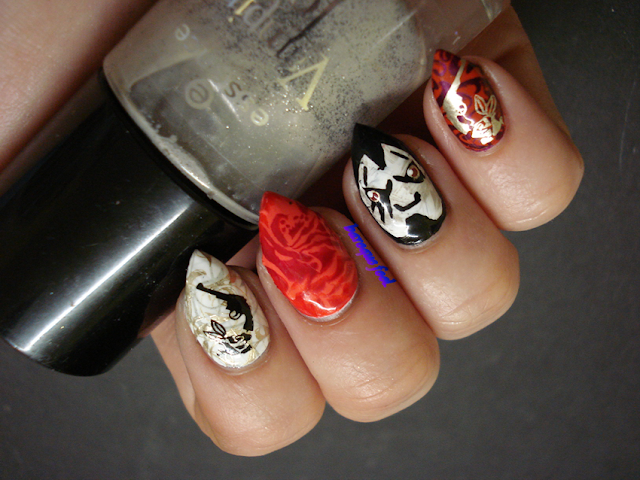 His back story is that he was a art director who turned into a sniper assassin. With his creative sensibilities still a part of him he makes every kill an artwork. To play him is truly amazing since he is full of flourish and drama - OFC nobody is good enough for him. Here you can see his picture below, he is a type of half human and half robot thing *confused* 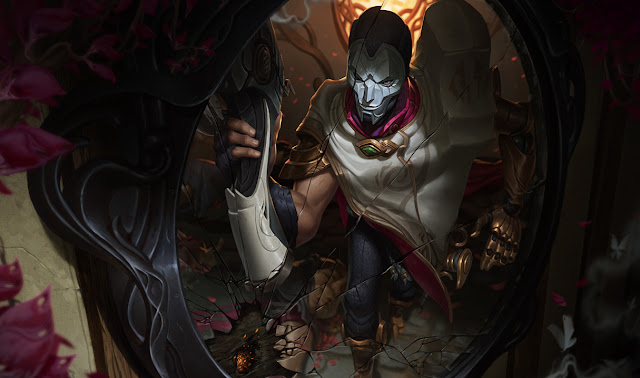 Here are my nails inspired by him! I created a big flower, since they bloom everywhere when you play him. I tried to create a cute little replica of his mask, I added some fancy guns and a lot of fancy filigree type of patterns that are heavily featured on his outfit. Another reason I love him, since the classic baroque patters are my favourite. 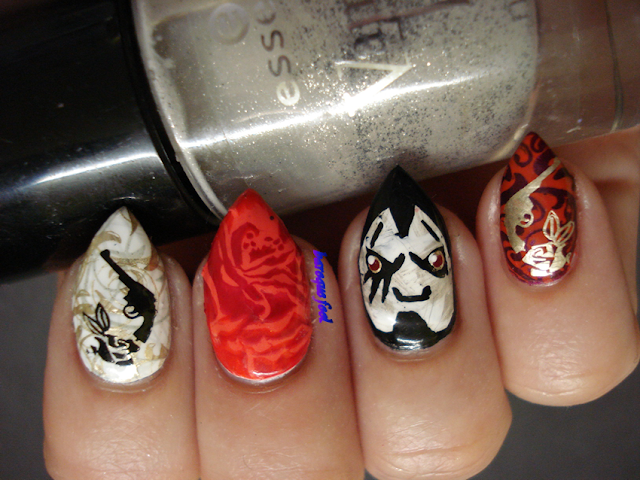 This is him in game. He is a bit infuriating to play with since he has only 4 bullets to shoot at one time. Then it takes forever for him to recharge and the time of those shoots or recharges never speed up. But you get used to that. Since his favourite number is 4 his ultimate aka strongest attack is a sniper shoot volley of 4 bullets that kill anyone in your sight. And his sight is huge - not many players can escape you when it's curtain call time. 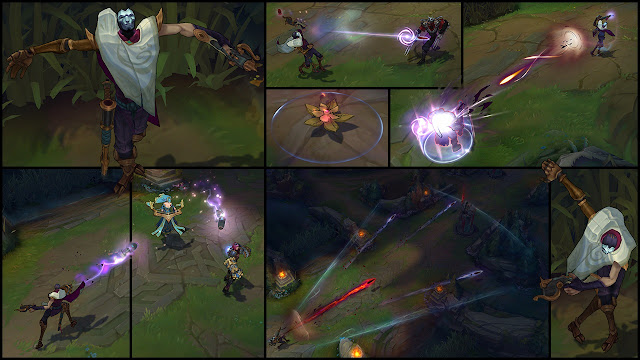 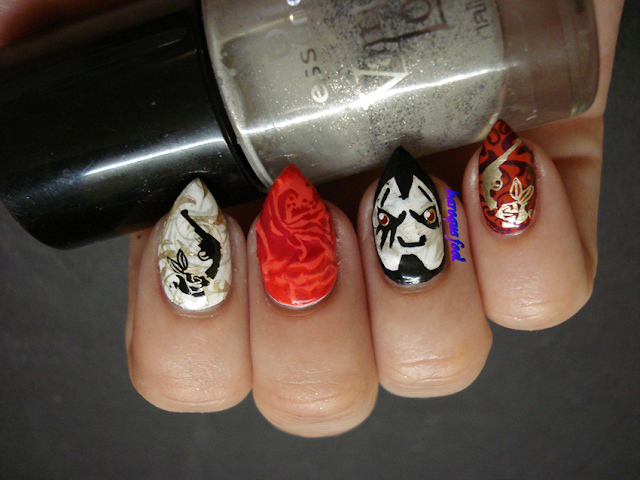 For this manicure I used a lot of stamping plates, namely Blueness 051, MoYou London Biker 2 & Moyra Ornaments 3. The stamping polishes I used are Models own Chrome gold, Essence stamp me!black, Mundo de Unas red. OPI Coca cola red and Essence Do you speak love? for the big flower stamp with OPI Live.love.carnival as base. OPI I have a herring problem and Essence I got a crush on blue as the gray filigree base with Essence Wild white ways. The mask is made with Essence Wild white ways as base with Essence The dawn is broken. The details are made with Wet N Wild Darkest hour, Models own Chrome gold and China glaze Don't make me wine, that is also a base polish on the pinkie. 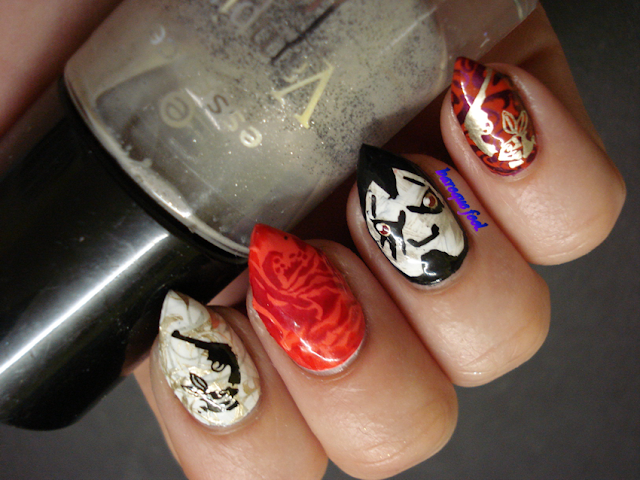 Here is a teaser clip that was released prior to his release, I would never figure out that Jhin is the champion as he is from only this. But it is just such a cool clip and the music is amazing! Worth the watch ;)