Once more I have no clue what the nail art technique called Half and half is. Also I hate the color orange. But by now I have only Nami left on my One piece manicures list and it turns out her color scheme fits perfectly with this part of the challenge. #lucky 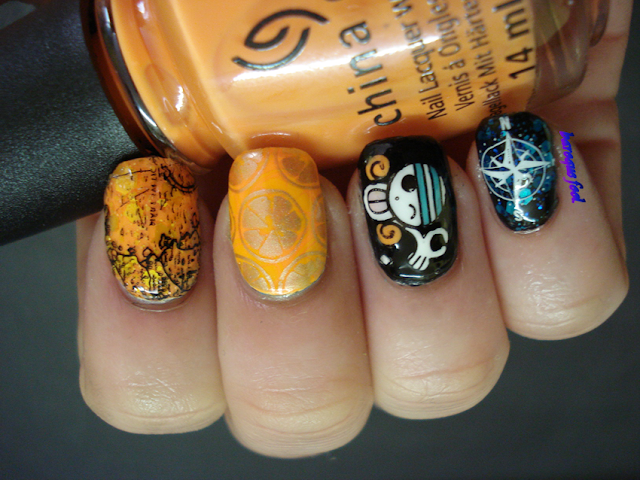 This is her! She is the 2nd female crew member in the Straw hat pirates in the anime One piece. She is the boat navigator and treasurer ... And from time to time I feel like she has secret super power that gives her the ability to predict the weather. Also her weapon is created in a way that it can control small portions of the weather - perfect for her occupation. 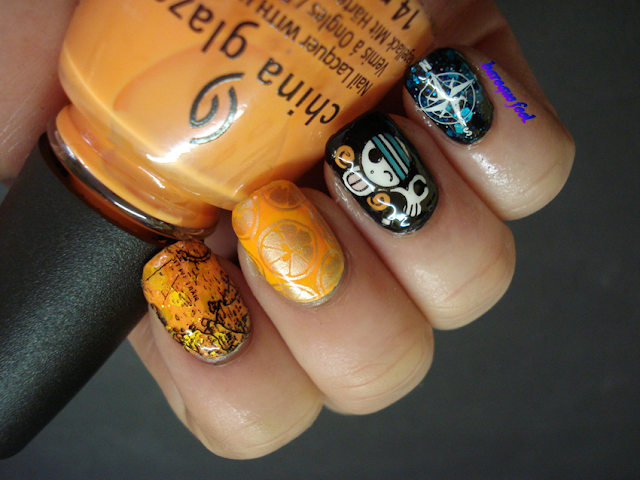 She is the more level headed of the bunch and holds the boys back a lot of times, thou they still end up in trouble at the end. Also her mayor flaw is her greed - a true pirate aspect so you can't hold that against her ;) 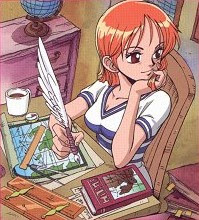 As inspiration I used some old maps and compass signs, which are always the symbols of a navigator. I created her own private Jolly Roger. Also since she lived on an Orange orchard, and as you can see from the gif below even had some of the orange trees grow on their pirate ship, I just had to add a cute orange nail. 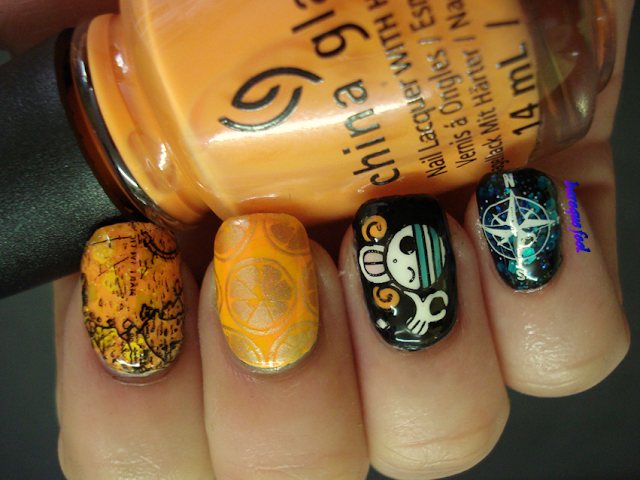 The orange base is China glaze Home sweet house music, the black base is Wet n Wild Darkest hour. The glitters are Golden rose Carnival 6 and LA Girl Jostle + Claire's Bonjour. The stamping plates used here are MoYou Tropical 8, BP33, MM37, hehe 016. The stamping polishes are BPS Black and white, Barry M Gold foil and Ya Qin An 21. Some of the painted in details are made using LA Girl Love letters and  China glaze UV meant to be. 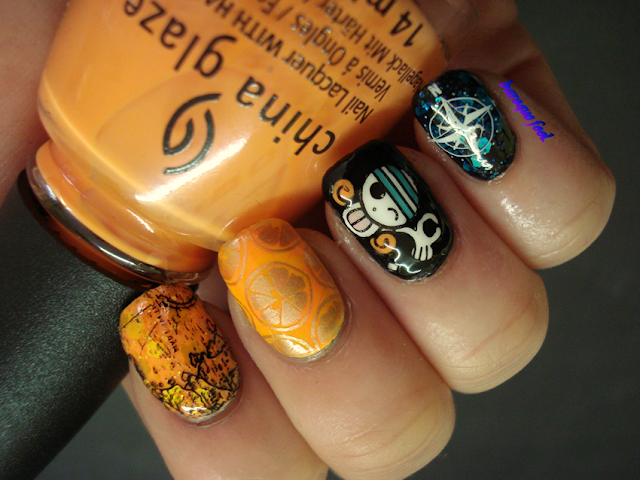 Here you can see how happy she was when she found out that her orange trees can join their voyage :)