If you were following my IG account then you perhaps saw that I was at the movie with my nerdy friends watching Warcraft the movie. I even wore my Horde leggings so me and my squad represented the correct colors. And below you can see the nails I wore to the show :) 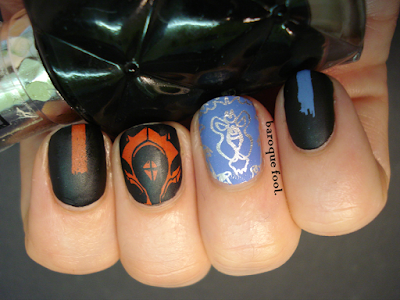 I will only say this much about the movie - it was better then expected but still incredibly disappointing. I am a big fan of WOW! I played it for years! And what I enjoyed the most were the vibrant races and classes that were offered to play. I was a Tauren Druid - a huge cow that used nature magic to fight. And that is just one of the fun combinations you can get in the game. 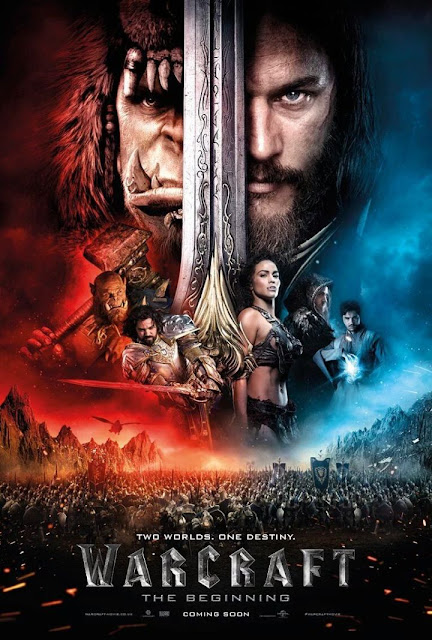 For the manicure I went simple since my nails are reduced to their natural shape. I created backgrounds that are inspired by the Horde Red and Alliance Blue. Also I stamped their respectable emblems. 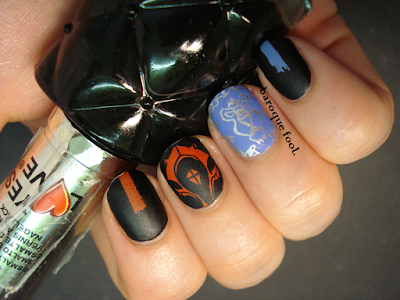 
For this manicure I used Yes love 467 as black base, Star gazer 232 as the silver base. The stamps are made with Mundo de Unas Red and Blue. The plates I used are BM-309 and WB-01. 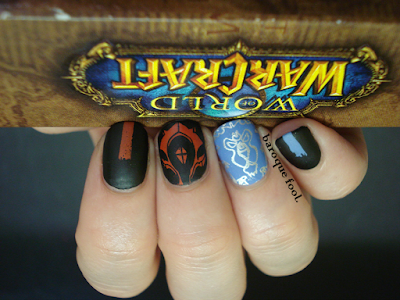 Here you can see the trailer to the movie to get you in the spirit of things - and maybe to even catch a late show ;)

Just look at this detail on his face! He is majestic - and his sadness translates my sorrow I felt when I realized there will be no tauren in this movie :(