Well 3 shades of green and chevrons seems like a pretty simple combination. But since I am on a roll I wanted to squeeze in one more One piece inspired manicure. Besides Zoro ... Usopp is the only one who comes to mind when it comes to a green color scheme. 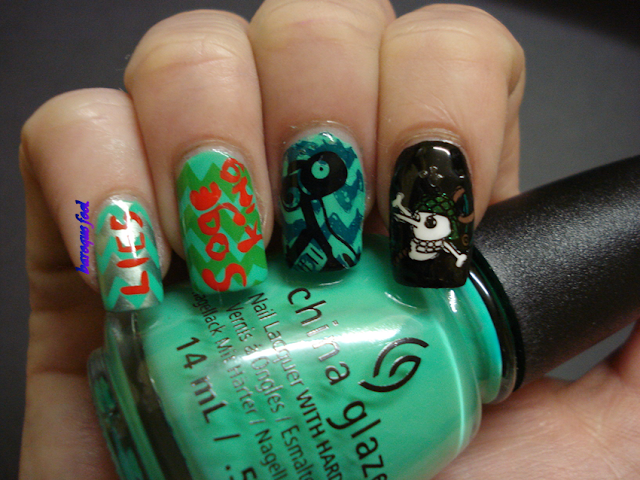 He is not one of my favourite Straw hat pirates but still he is quite an interesting one so let me explain where the inspiration comes from. He is a notorious liar which makes him quite useless until the late part of the show when he gets an alter ego. He calls it Sogeking and he finally becomes the kick ass sniper he always lied to be.
So I used that as decoration. Also his Jolly roger and a stamp of the pirate ship he donates the to the Straw hat pirates named Going merry. When that ship is destroyed it was so sad - I can't even talk about it - I have no clue how can the author make me cry over a ship :) 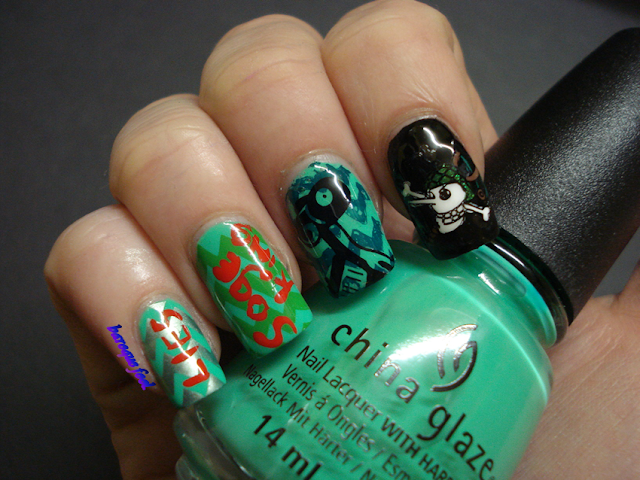 For this manicure I used China glaze Treble maker as base, the black base and the stamps are made with Essence stamp me!black. The red I used is Mundo de Unas Red. The stamping polishes I used are Kiko Lawn green, BPS 12 and Mundo de Unas Dark green. The colors I used for the Jolly Roger are Essence White wild ways, Roller coaster, We rock the green and Sneezy. The stamping plates I used are hehe 015 and hehe 016 & BM 423. 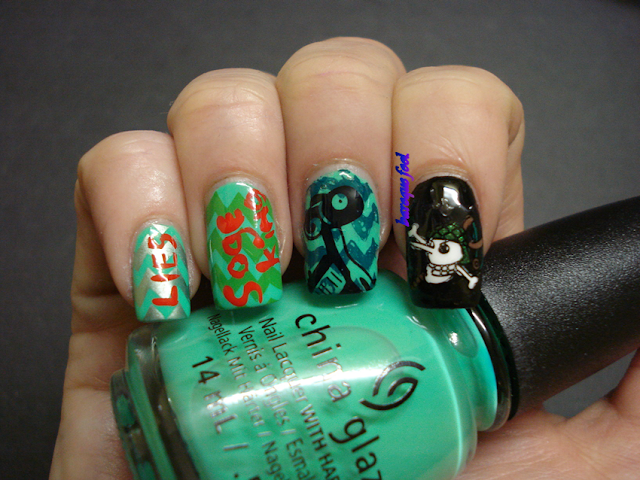