By now I think all my lovely followers know that I am obsessed with Sailor Moon! But on the other side of the anime spectrum I am also obsessed with ONE PIECE! I have been watching it for over 10 years and it's still going on and I still love it like the 1st day! <3

It is a anime about pirates with crazy powers all after the great mystical treasure One piece. I left a clip on the bottom of the post so you can see a bit what the show is about!
I wanted to create a mani that features the Jolly Roger (flag) of the main character Monkey D. Luffy from the Straw hat pirates. 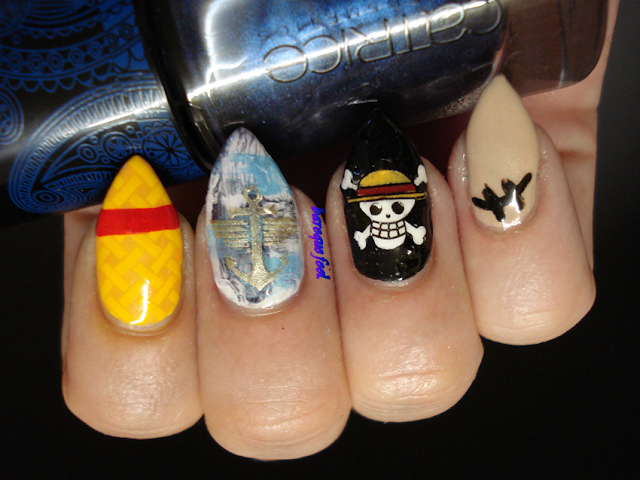 This is him - Monkey D. Luffy the captain of the Straw hat Pirates - he is so cool and positive a great main character in a flood of animes that are popular now which are so dark :)

On my ring finger you can see the actual flag. I made his face scar on my pinkie and his hat on my index finger. Since he is the captain and the glue that hold the crew together I used some blues and an anchor that gives it all a bit more of a nautical feel :) 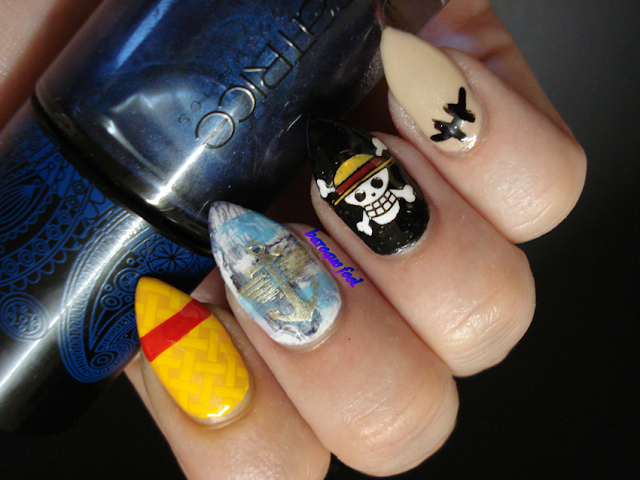 Here you can see their flag in the anime :)

I had so much fun doing these nails I decided to make more One piece manicures. So in the following weeks I will try and make nail art for the entire Straw hat crew :) 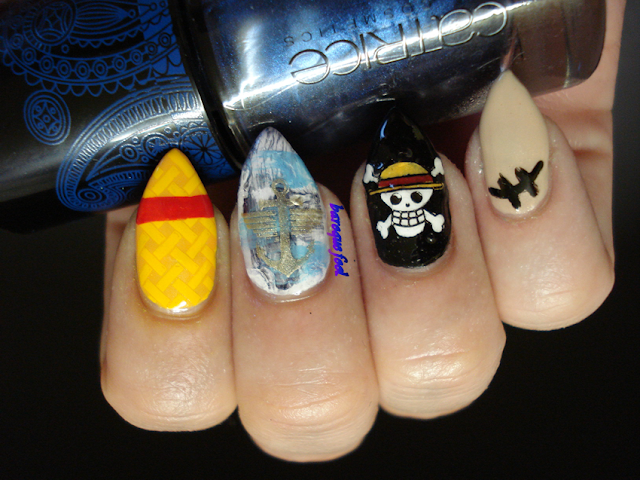 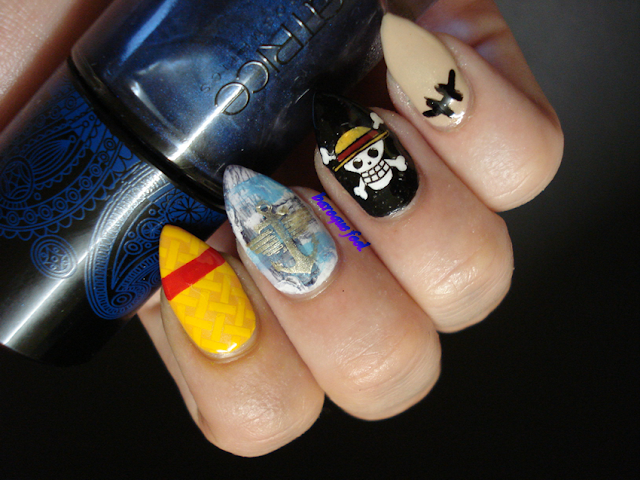 Here is a opening to the show and you can see the rest of the crew all the baddies and the general dynamic that made it one of the greatest anime hits ever!!!