This time I decided to go more abstract with my Superhero mani. I was 1st introduced to the X-men when I was watching the cartoon on TV as a kid. And my all time favorite was Gambit. I had a big teen fan girl crush on him - I think the accent got me. Thou I never understood why was pink part of his color scheme.
Then the movies came out and he was nowhere to be seen. He made a small cameo in one of the many Wolverine movies - but finally some good news! They are making a Gambit only movie! HURRAY! <3 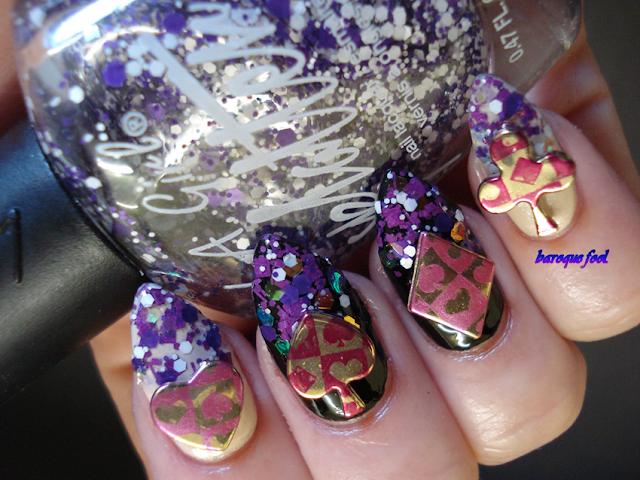 This is the Gambit I saw in the cartoon as a kid and here you can see most of my inspiration for the mani. 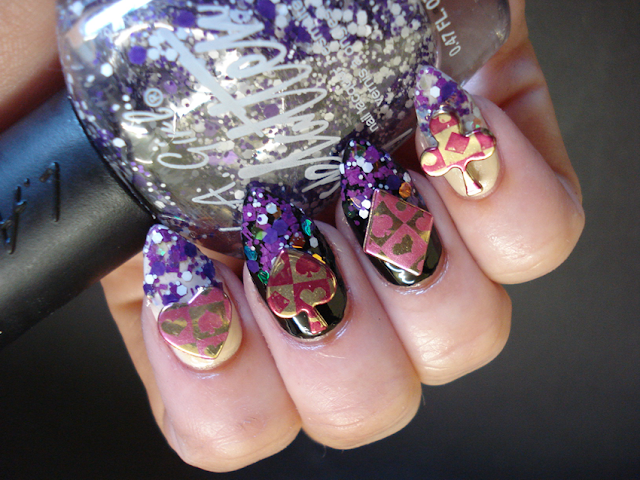 I wanted to make a more abstract mani, therefore I decided to make my nails black and nude the way he wears his gloves. Then to coat the tips with purple glitters since his powers comes from the glow in his hands. And over it all I added a bunch of card suit designs and 3D studs since most of the time he throws cards around - I can't imagine his card budget each month ;) 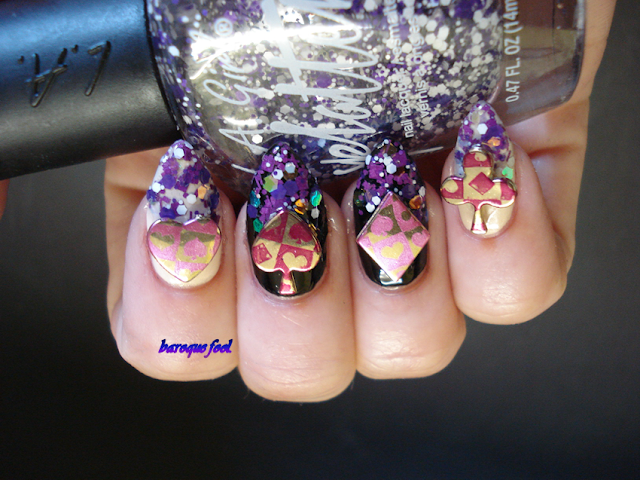 For this mani I used Wet n Wild Darkest hour and Catrice Nude & rude as base. The glitters are placed from LA Girl Sputter, Golden rose Carnival no. 8 and Essence Million dollar baby. The studs are from Bornpretty store but over them I stamped with China glaze Don't make me wine and Perfet chrome pink while using MoYou London Games 2 plate. 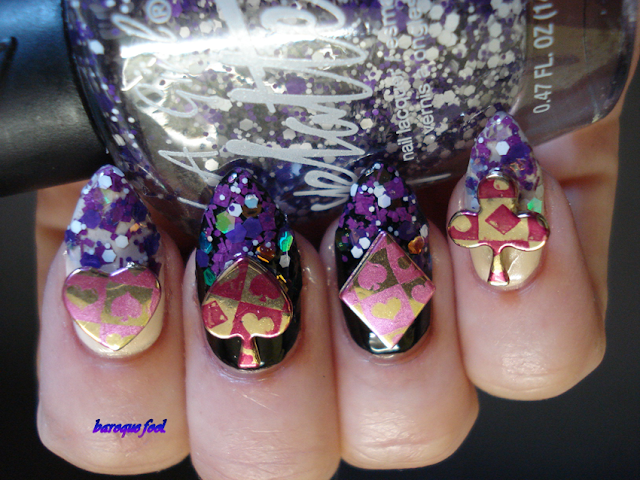