My all time favorite superhero is Deadpool <3 Thou some people might not consider him that but I don't care he seems like one of the good guys to me. With announcement of his new movie I need to get my nail art game way up so I can be ready by the time it comes to the theatres.

Anyone who knows Deadpool comics or video game knows he is pure chaos, blood everywhere a ridiculous amount of weapons used all sprinkled with witty comments form Deadpool or some of his many companions he carries in his mind :) 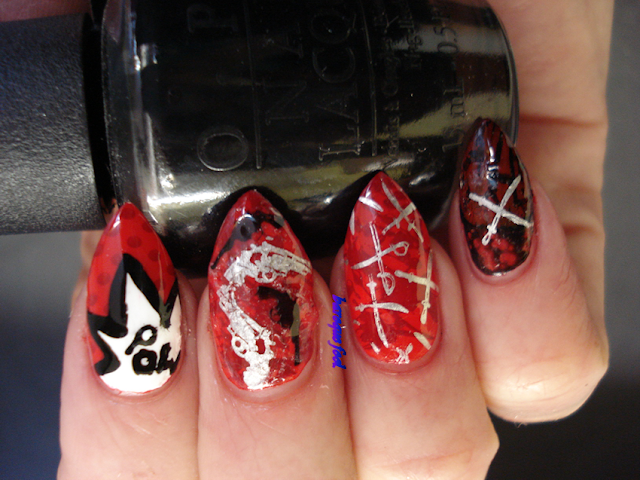 This is why I love him - while the entire world is in love with Wolverine (personally I am sick of him) in the Deadpool game you can bitch slap his as much as you like when he is passed out :) 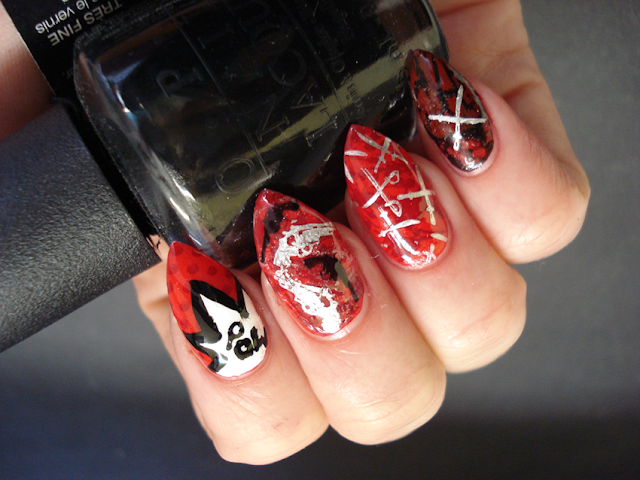 This is the test footage for the new Deadpool movie, when I 1st saw it I died from joy because they made it right - not sugar coating it the way cinema sometimes does with the darker comic characters. 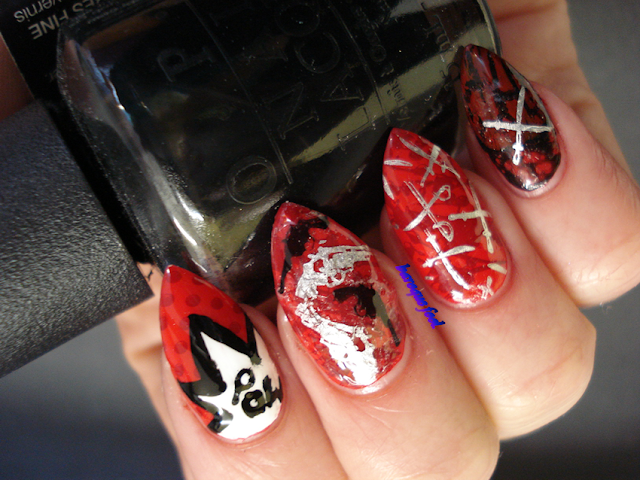 For this mani I used OPI Coca cola red as base. The crackle polishes I used are Essence Winds of change and OPI Spotted. The base stamps are made with Dashica Red and BM416 and BP-L013. I free hand drawn the little bubble with POW in it. The top stamps of swords are made with Star gazer no. 232 and HWH05 stamping pate. The guns are decals made with the same polish but from MoYou London Biker 2 and Roxy 1 plates. 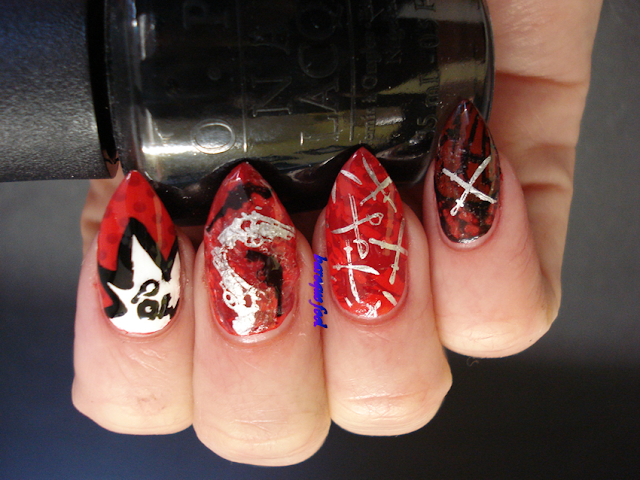 I relay wanted to write SPLOORP in the bubble on the nail but that is such a long word :(