I LOVE THE SHOW GRIMM! OMG not only do I love it I infected all my friends and now they all are watching it also :) You are welcome NBC! The show is about a cop/monster killer aka the Grimm who's job is to hunt other creatures that have some type of animal aspect in them and are prone to violence. Most of these monsters are based on fairy tale creatures. The pilot episode is about a wolf-man that is killing girls in red outfits - how cool is that? :)

For these nails I wanted to make it look like the world split in two the way a Grimm sees it - one part is the animalistic side with the purple claws and one part is the human world protected by a Grimm axe. Since books and violence are a big part of the show I made a bloody book stamp on my pinkie.

I love this look! Let me know if you like the nails and the show! :) 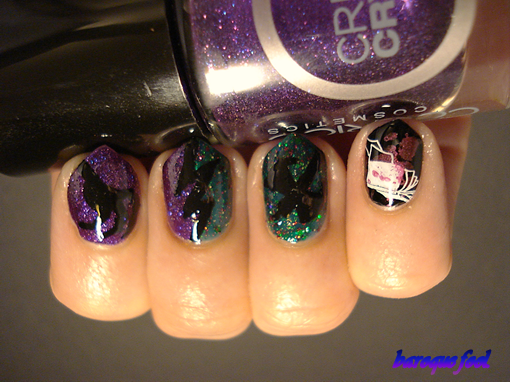 YAY a awesome promo picture of the Grimm interrogating the wolf man :) 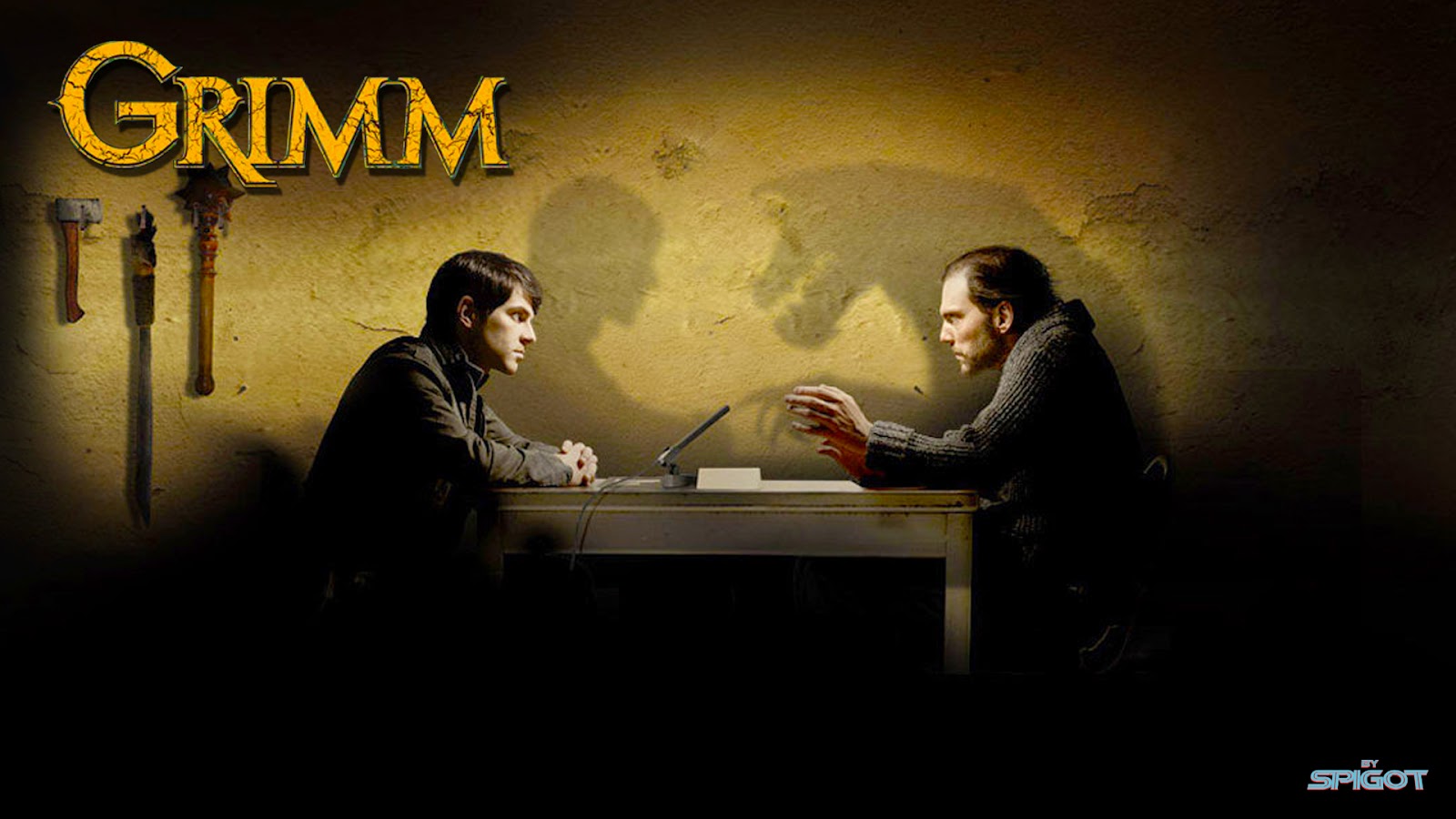 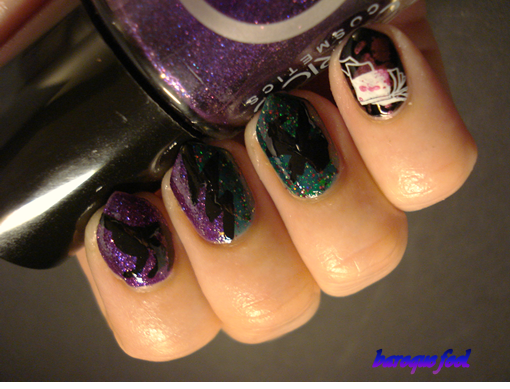 I also decided to make these nails a while back since the show mentioned a city in my country. Note that I live in Slovenia - a European country nobody in Hollywood knows about and if they do they never show it correctly. This time it was done in a very cute way! So thank you Grimm for a shout out :)

Another promo picture! Grimm is a hottie - and for some reason I feel he would be perfect for a Superman role? :) 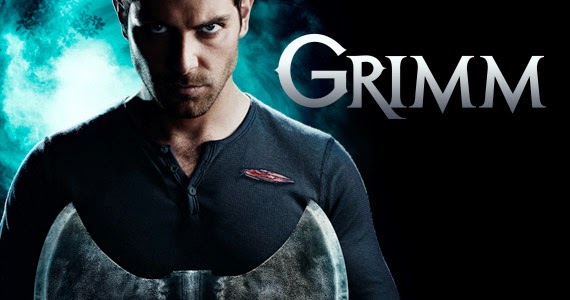 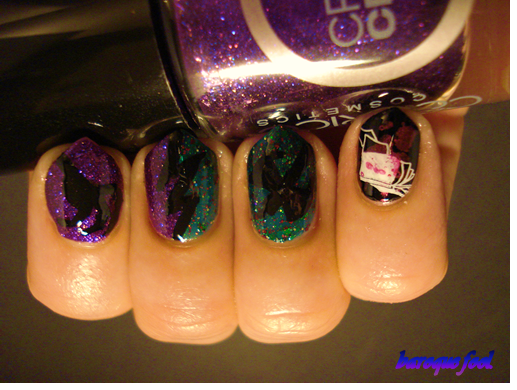 For this look I used Catrice Plumdog millionaire and Arcane lacquer Whimsy wonderland as the base. The base on the pinkie is Essence stamp me! black, that was also the polish I used to make all the free hand drawings. The pinkie stamps are done with MoYou London Scholar 02, Konad white and Kleancolor Metallic red. I only wish that the drawings would show more - my camera was having a bad day :( 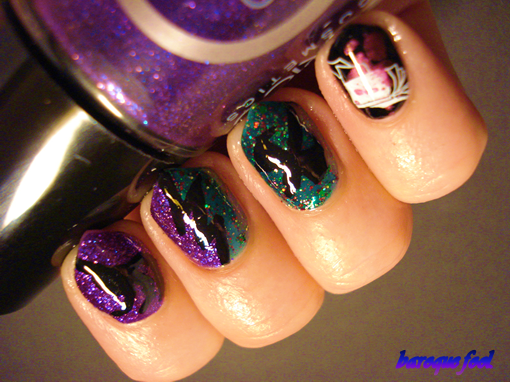 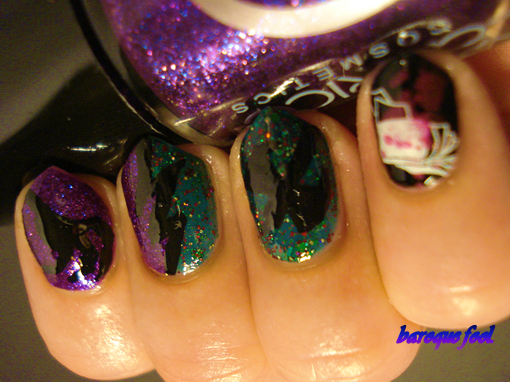 Let me know if you are also a Grimm fan :)