I was so excited when I saw the Catrice Haute Future LE promos. Now that Catrice finally mastered the holos! But then I saw the swatches on some German blogs and the disappointments started. So thanks to Miss Hysteria I got my 3 top favorites. The eyeliner and lipstick will be swatched later but the polish swatches are up below :) 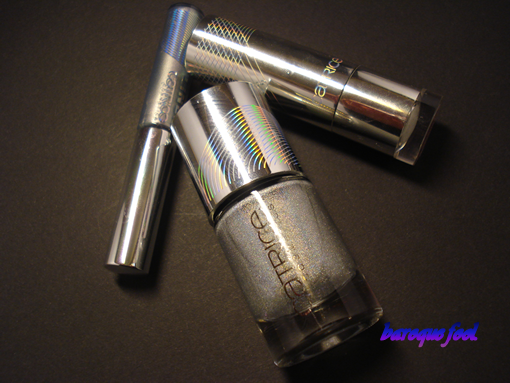 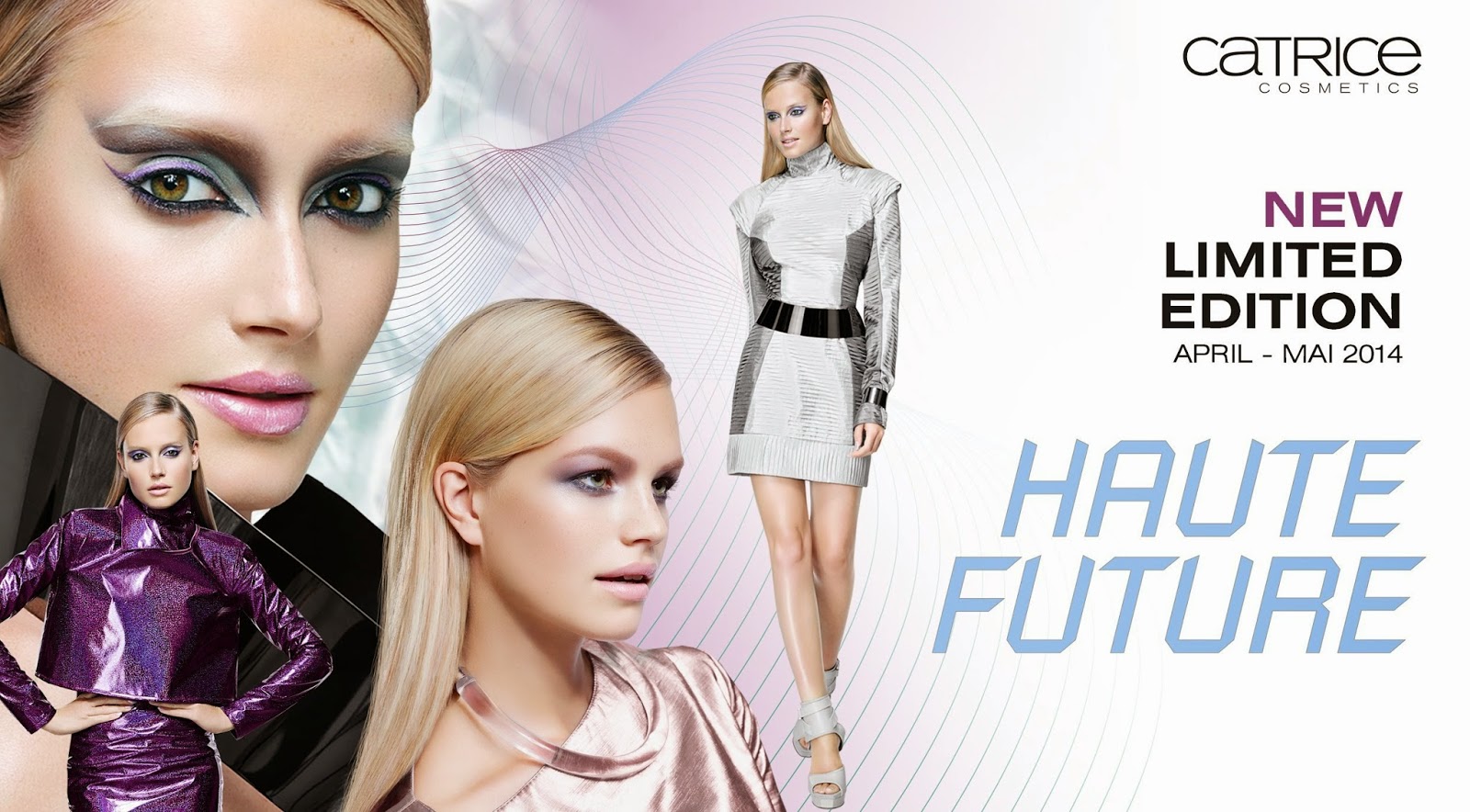 This is Gem into the Future. It's a scattered silver holo with iridescent blue flakes. The idea is amazing! What is cooler than holos and cellophane particles - well that's all their is ... an idea. The holo is amazingly opaque and demure but the blue flakes are gone once you apply the polish. They are so camera shy I hardly managed to capture them inside the bottle shots. But still a girl can never have enough holos :) This is one thick coat with no top coat. 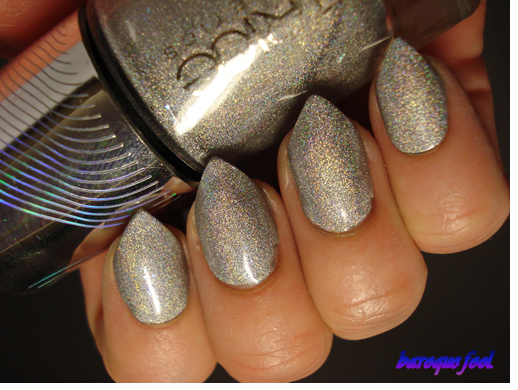 In the next 2 pictures you can see the flakies inside the bottle - so pretty - but so shy :( 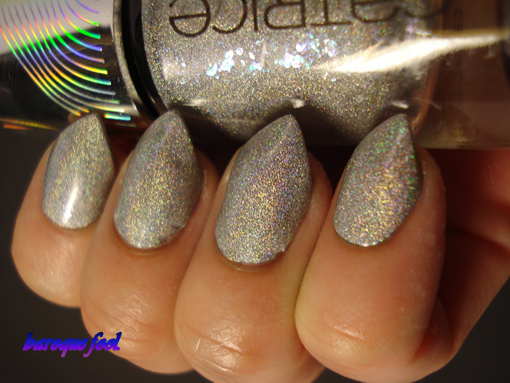 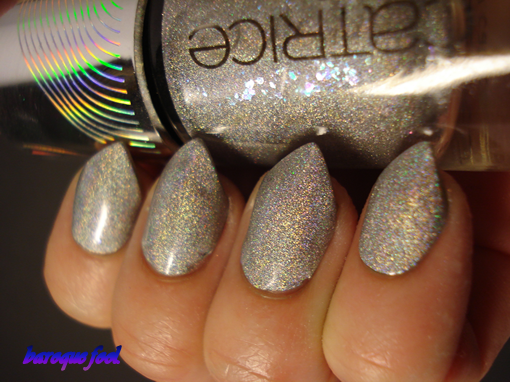 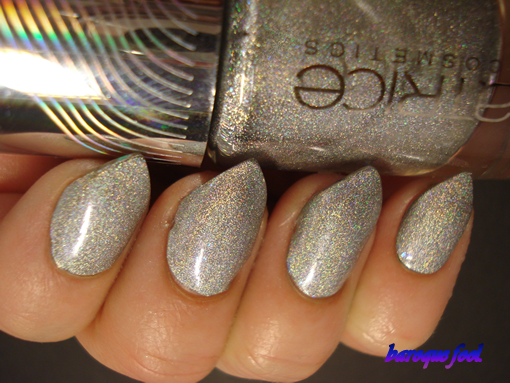 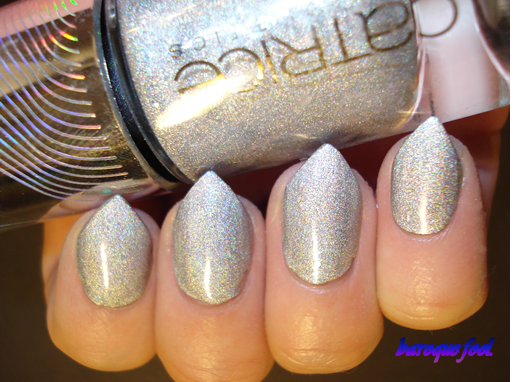 So any ideas how to lure out the pretty flakies for the camera?