I joined the She who does nail art challenges group on FB a while back. And this weeks theme is inspired by a TV-show. My current obsession is the show Wilfred. It's a show about a guy (Elijah Wood) who is the only one who sees his next doors ht neighbours dog as a man dressed in cheap dog costume. If that is not crazy enough Wilfred the dog is a crazy sociopath with a drinking, smoking and fucking habit of a dirty old sailor. One of the funny parts is that Elijah Wood who in my eyes is an epic actor due to me being a big LOTR fan - he is here  a completely average person *no magical creatures feet at all*. And damn is he hot - thou he is shorter then me there is something about those blue eyes that is hypnotising.
The show is hilarious and a bit vulgar so OFC I love it. Most of my friends don't so let's hope some of you my lovely nail friends will like it :)

And here are my Wilfred inspired nails. The base is gray as his dog costume with some Barry M Confetti's on top to give it that dirty look. The accent finger is yellow because well dogs pee on yellow water hydrants and I added a coat of neon blue Barry M Confetti's because I was hypnotised by Elijah Wood's big blue eyes of a similar color :) I am in love with this look  <3 <3 <3 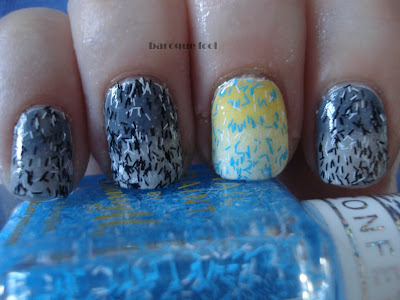 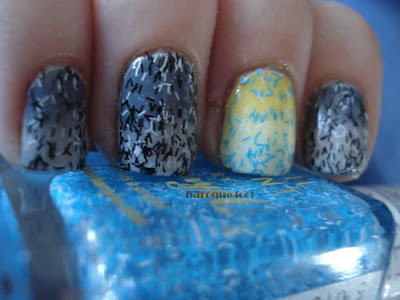 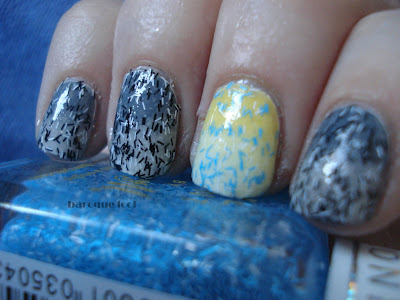 Here is the same look before I realised it would look way better with a gradient :)

Did you ever watch Wilfred?