So this is the newest addition to the League of legends game - I did not had the opportunity to play him yet but he seems very OP. *Now follows a small rant* I am a big fan of bad ass demons and lady Gaga - but this champion takes the cake! His face has heavy 'tranny' make up, his wings that are not very visible on the picture but they look like lady Gaga stage costume wings and his weapon ... Here on the picture it looks all epic and evil but in the game is constantly jiggles and moves - so it kind off reminds you of a hmm *lady's pleasure device*. So I think as epic as the pictures are here sometimes the champions in the game are a bit different and vise versa. But still the dude is epic in the game and I loved the mani that was inspired by him :) 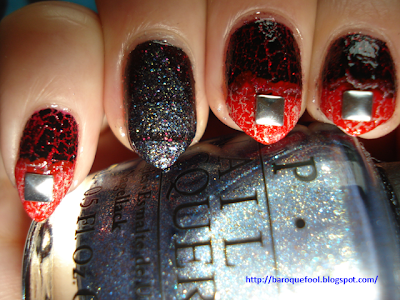 I wanted to make something that looks like a volcano and is still based on colors used in him. I added some studs to make it more thought. Mostly it's a combination of textured and crackle polishes. On the accent finger I added some gray with striping tape that resembles his head gear and armor. I love how it turned out :) 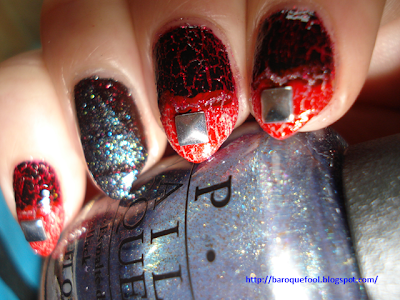 I used as base Zoya Chyna and Godiva. The crackles are Essenec crack me!black and Essence LE The winds of change. The silver for armor is OPI In her Majesty's secret service. 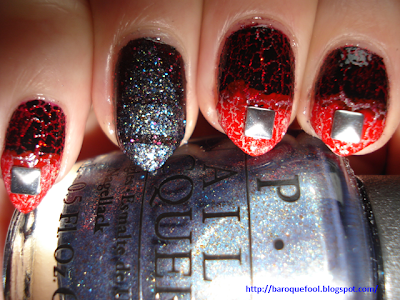 '' Die with fear in your heart, or win with blood on your hands''
- Aatrox