I might actually like making Jack-o-lanterns better then getting dressed in costumes. Outfits are hard work and being careful you don't spill anything on them during the night. BLEH!
Pumpkins are the other way - the more I'm covered with pumpkin guts the better I feel :) I must have been a swine in my previous life.

But this challenge was kind off hard for me because greens and orange aren't really my favorite colours so I don't own many of them. So I was improvising with:
Essence black is back as base. Ruby kisses champagned out for the pumpkin base and Wet n wild Caribbean frost for the greenery.

I was relay trying to give the pumpkins some mustaches - but failed :( 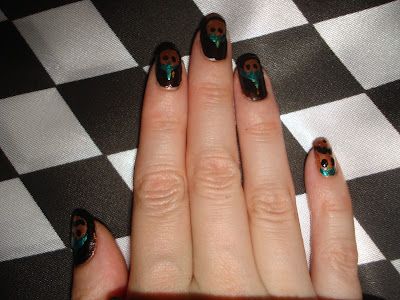 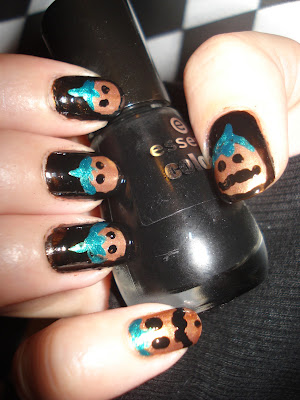 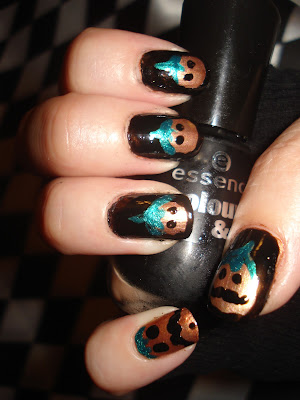 Here are the other participants so far: