I love Halloween so much! And the fact it is acceptable to be scary only in this time of the year makes me sad sometimes ... so when I got this stamping plate with the weeping angel I wanted to make a manicure that revolves around it.

Since sad angels are mostly featured in cemeteries I wanted to make a classic graveyard look, with a bit of red color splashed in. 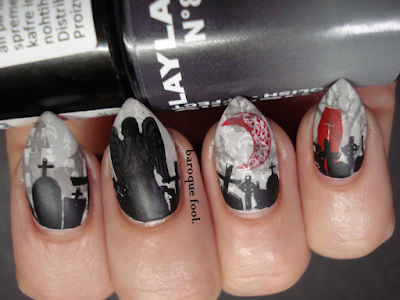 I also wanted to use my Layla color changing nail polish. So I doubled down on it when I painted the angel. So he will stay dark most of the time. When I created a back layer featuring the woods and a castle I also used the same polish. So they appear and disappear depending on the temperature of the nails. The rest are all normal polishes and stamping polishes. So the designs look different depending on your nail temperature. 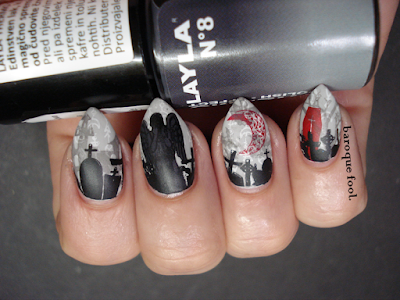 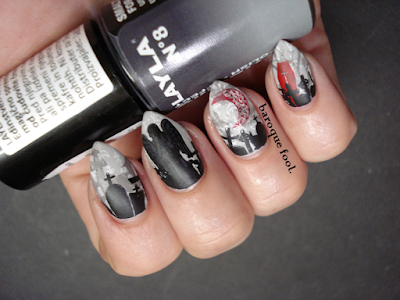