oIt took me forever to get on board of the Supernatural bandwagon. Then I started watching it and became obsessed and now I am more and more bored by it. The show just got to repetitive and every damn episode is the same :( But as a true fan I keep waiting to show to get cool again . . . 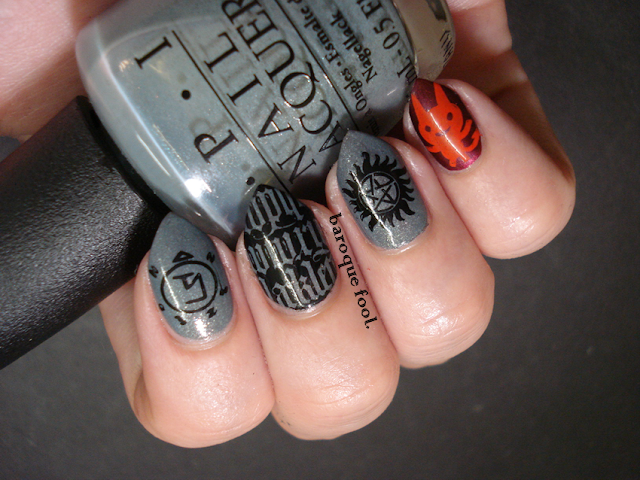 In case you are not a fan - the show is about the Winchester brothers as you can see them below. They travel the USA and kill supernatural beings like ghosts, demons, vampires etc. That is all there is to it! There is always some extra meddling that comes from Angels and Demons and all the other mythological creatures :) 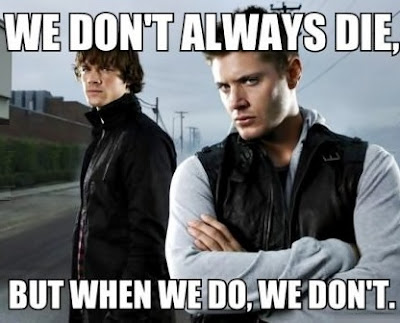 I wanted to keep my nails grey since the show is a bit bleak and colorless at times. Also I choose a gloomy color since the stories are sometimes very sad. The symbols here are a Angel glyph that banishes angels, A pentagram that they have tattooed to keep the Demons away. Some old text since they always read ridiculous amounts of old books where they found out how to destroy the monster that is chasing them at the time. Also I wanted to add a small little devil since he is always around. The current ruler of hell is Crowley who is a funny character which helps a lot when the show gets a bit long winded. He is always there to crack some inappropriate jokes :) 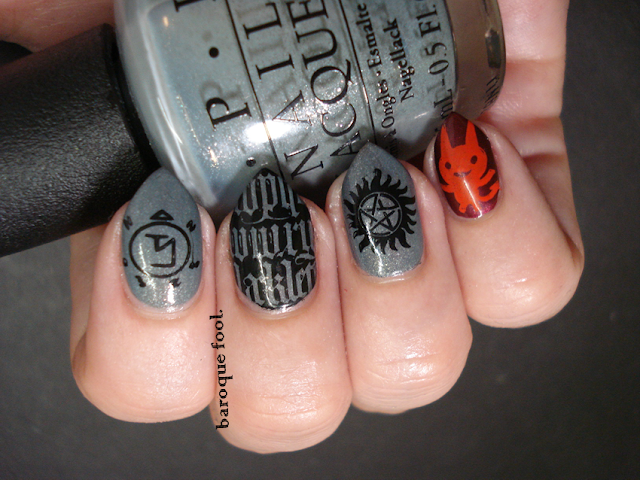 YAP! This is pretty much how every episode starts. Since the boys pretend to be FBI so they can search the houses for ghosts or demons. And the smell of Sulfur is always a giveaway of some type of evil presence. 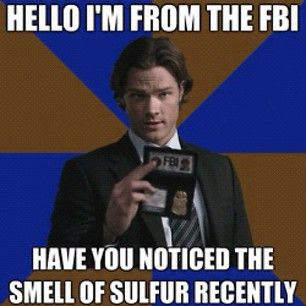 The grey base nail polish is OPI I have a herring problem, the red base is Catrice London town at sundown. The red stamping polish is BPS Red and the black one is BPS Black. The plates I used are MoYou London Gothic 1 & 12 and HD02. 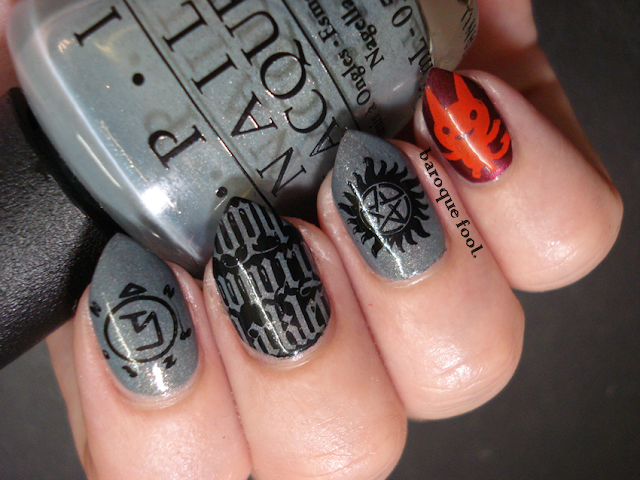 And yes! Salt is the universal weapon and cure for everything supernatural in the show ... *eyeroll* 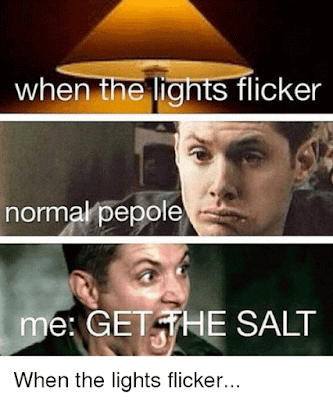 Carry on my wayward son ...