Todays theme is geeks and the biggest geek in League of Legends is Heimerdinger. He is a little nerdy guy that creates tiny robots to fight for him, talks all scientific to the other champions and throws little electrically charged rockets :) 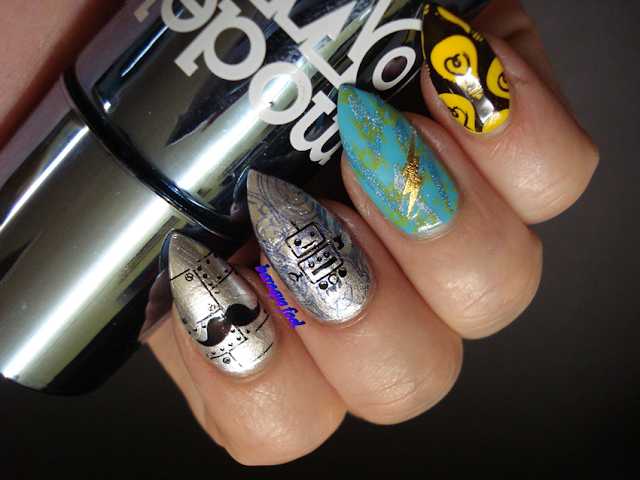 Here you can see Heimerdinger my inspiration :) 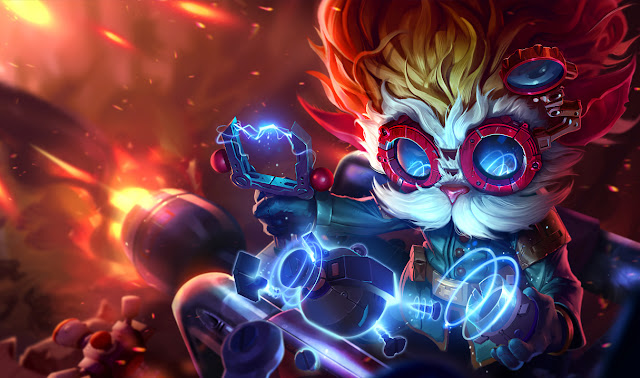 I wanted to capture as much metallic particles as possible, layered with cogs and a real tiny robot. Also I added a mustache since a mani wouldn't be complete without it. I made a nail filled with little thunderbolts since that's is a big part of his game play and an Idea finger since he runs around and yells ''EUREKA!!!'' 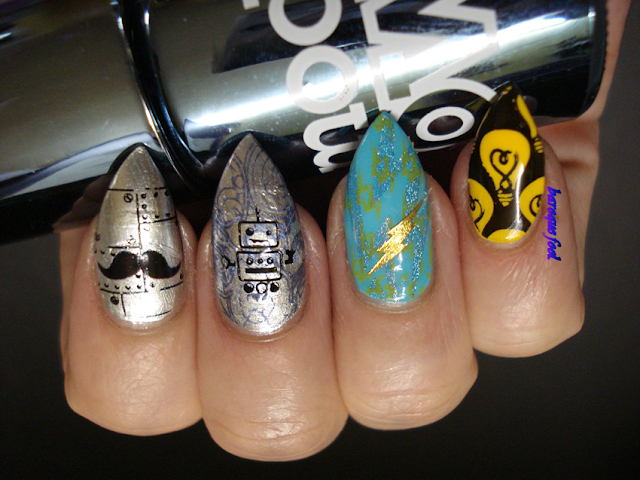 This is how he looks like in game, look at all the cute gadgets flying around :)

In this manicure I used OPI Push & shove as base, on the other nails I used Julep Lexie and Kiko 340. The stamping polishes I used are Essence stamp me!black, Mundo de Unas Yellow, Models own Chrome indigo and Color club Over the moon. The plates I used are MoYou London Gamer 7, Fairytale 3, BM609, BM305 and BM409. I also added a cute golden thunderbolt water decal from BPS. 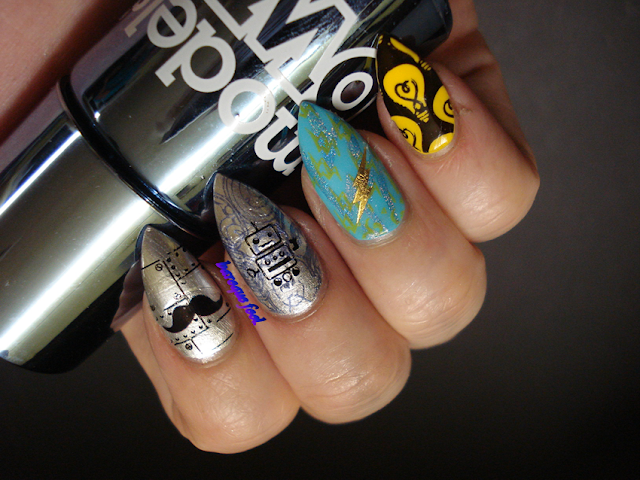 My favorite Heimerdinger in game quote:
''Why do people say 'you can't trust atoms'? Because they make up everything''