YAAAAS Rainbow pony time! With this mani I am opening the Arcade League of legends manicure party! I am so in love with the skins they made for a couple of champions in game that I decided to make them all as part of this challenge! <3

I loved arcade games always and GameBoy was my square boyfriend for years so I need to honor those times with some on point manis!
Today it's Hecarims turn - in game he is this centaur grim reaper type of character that is fun to play since he is very fast paced when you play him. But they made this fun arcade skin as you can see from the pictures below - he is made of rainbows and metal <3

And here is my interpretation of this look *squint real hard and you can see the pony on the nails* :) 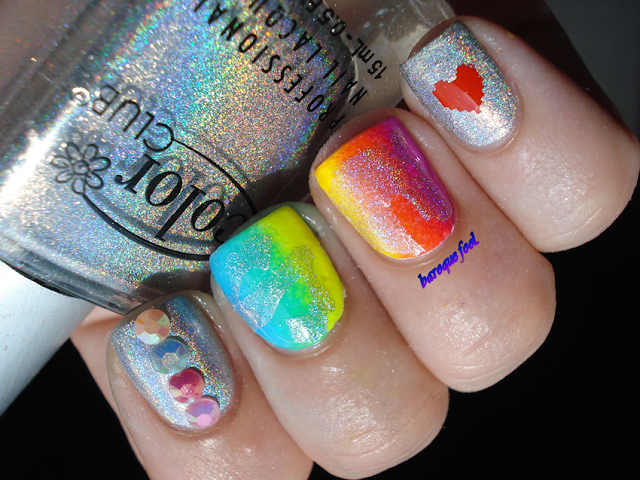 This is the picture of my inspiration - doesn't he look like a whole lot of fun? :) 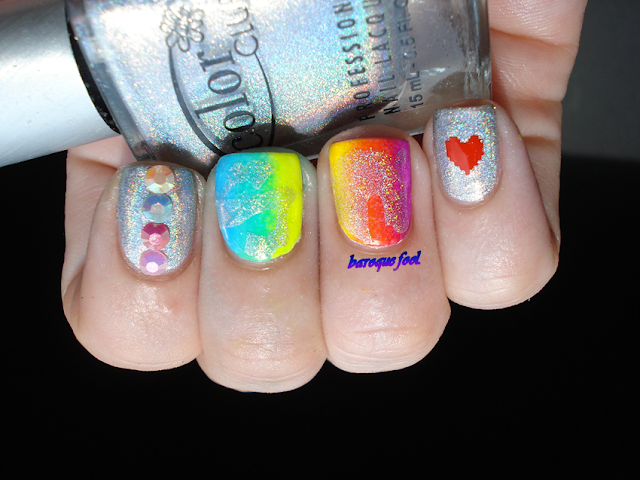 This is a combination of his picture from the game - so many rainbows :) 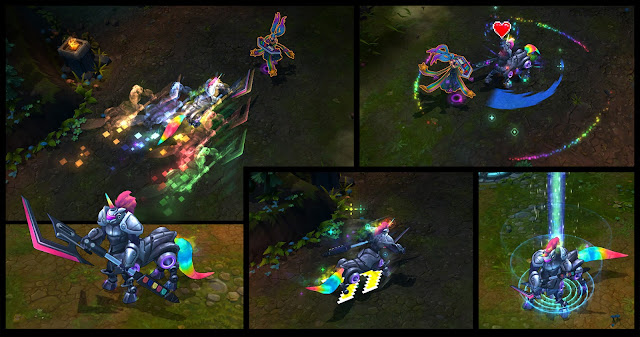 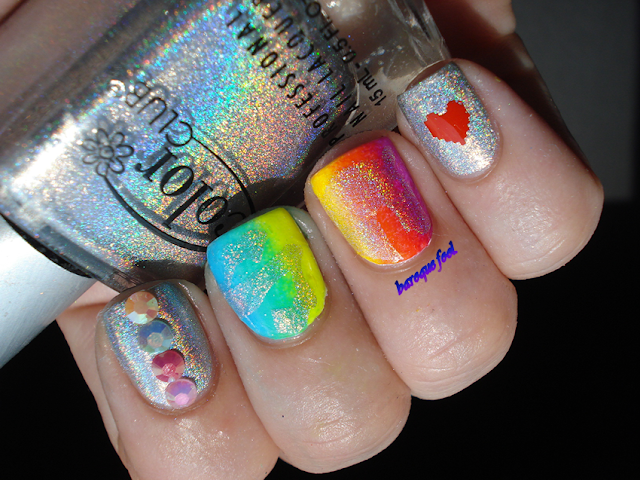 For this mani I used Color club Harp on it as base and as the stamping polish. The only other stamping polish I used was Mundo de Unas Red. The rainbow is made with Ruby kisses Electric purple, Blues clues, Models own Turquoise gloss, China glaze Yellow polka dot bikini, Sun worshipper, Beauty woman Tiger. The plates I used was MoYou London Fairytale 3 and Gamer 7. Also some studs from Bornpretty store. 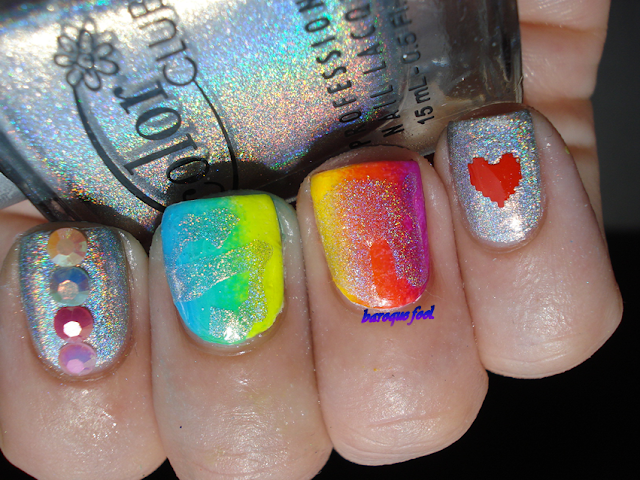 My favorite Hecarim quotes from the game:
'' The living will fall.''
''Trample their bones.''