All I can say RIOT good job! Jinx is the last champion in the game I play called LoL and I am amazed!!! This game is more and more full of annoying and mean players but if you play a champion like Jinx the game becomes fun again! And her jelling : ''Stay still I'm trying to shoot you'' always helps :)

She has so many things on her that I love, I get a legit nerd-gasm every time I play her :) She has tattoos, neon blue hair, crazy eyes, skimpy outfit and yeah no b00bs! Finally a lady champion that is not a body type every boy/porn producer dreams of :) And as you can see on her picture she has 3 guns - a shark bazooka, a zapp gun and a bunny machine gun which is my fave so I had to make it into nail art :) Besides the eyes, the blue hair and the tattoos covered with a bullet belt :)

She is so cool they made her a little music video you guys have to check out at the bottom :) And if you would like to see some awesome cosplay of Jinx (and some other LoL ladies) check out Glory Lamothe work <3 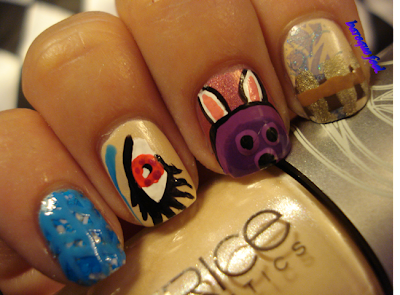 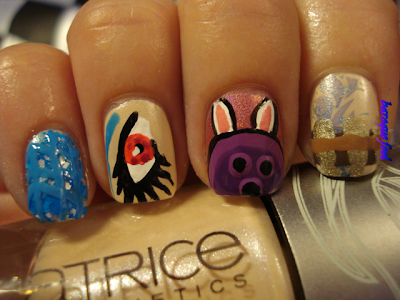 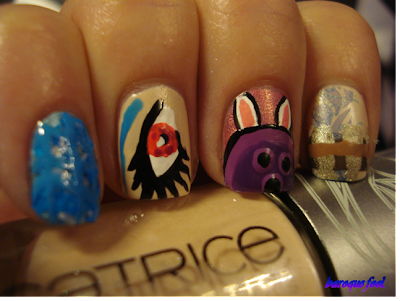 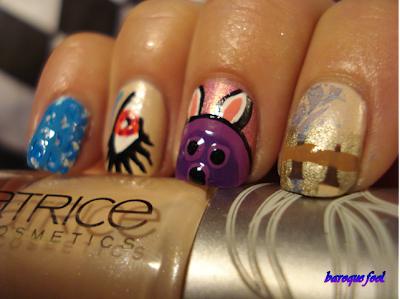 As promised here is her video promo they relased as she became part of the game - the song is great and the animation is amazing. It's this cool combination of comic book art and 3D animation - must see <3

Some of my favorite Jinx quotes in game: